Well, if you remember, two years ago, blockchain was so hot a trending, a disruptive technology that seemed to be able to solve all the problems the world has. Still, just in two years, the blockchain fever has changed to “blockchain fatigue” as described by a report from Gartner[1], with the example that pilots have fizzled out, few implementations have gone into production, the report says that blockchain is likely to be a marginal technology.

In a recent interview, Don Tapscott from BRI showed his dissent with the above opinions and listed some examples of “hundreds of production systems underway across a dozen industries[2].”

Admitted or not, blockchain is not as fancy as people deem it to be. In the applications built on the permissioned blockchain by large enterprises (IBM, Facebook, JP Morgan, and etc.), the so-called blockchain technology has shrunk only to an IT tool, just like an eagle being cut off their wings, but this is not the true meaning and mission for blockchain, so, what’s wrong with blockchain? Is it because of the PR problems, or governing laws, or immature technology, as Don Tapscott mentioned?

Well, I agree with him in most parts, but I also think he missed one of the essential pieces of the puzzle. Although we know that blockchain has caused the paradigm shift from information internet to value internet, it surely has a lot of challenges, after helping dozens of projects implementing blockchain, we find that the actual reason is the Economy, the Token Economy. It seems that the Token Economy was and is still wrongly directed.

Thanks to the Smart Contract, issuing a token is so easy peasy that we have seen over 5,000 different tokens flourishing the market. Ironically, as a value symbol, most of the tokens issued are lack of value to be the backbone or has nothing to do with the real business, needless to say that these tokens will create any new values. For these projects, they have only one thing to do, which is to try hard to maintain the price of their tokens, so the token economy, for them, equals token incentives all the time, and that’s where Token Economy went wrong. The incentive is not the whole picture of the Token Economy. Why do people need a worthless token to incentivize? Why not just use money or points?

So, if not incentives, where should Token Economy be heading?

THE ANSWER IS THE DISTRIBUTED AUTONOMOUS COMPANY, DAC.

DAC is an autonomous business organization built on blockchain technology and token economics model. DAC has no predefined boundary as it is open, trans-boundary, and flexible. All the participants are autonomously organized together to collaborate on some business projects, create value, and get incentives. (Yes, work has changed to a privilege that you could decide for yourself on which project you are willing to spend time). With the deepening of the collaboration, a consensus community will be formed. And this community lives in the cyber world, so all the business behaviors and data generated could be recognized, verified, and confirmed. An excellent token economics model could continuously drive the community members to contribute and attract even more members to join the community. As a result, the “boundary” of a DAC will be enlarged, and a self-evolution platform will be established.

We believe DAC is better than those internet platforms, but DAC is not a nascent concept, Vitalik Buterin has listed the differences between DAO and DAC[3]. As he defined, DAC is a subset of DAO, and most DAOs are “inevitably going to be DAC-like to some extent.” Specifically, we confine the scope of DAC within the Business Organization that is pursuing economic benefits, which is the counterpart of a Company in the traditional business scenario. For sure, DACs will become the most popular value creation entity in the future.

WHY IS DAC THE FUTURE OF THE TOKEN ECONOMY?

The truth is that we are at the very early stage of Value Internet. And this is a new paradigm-shifting from Information Internet. 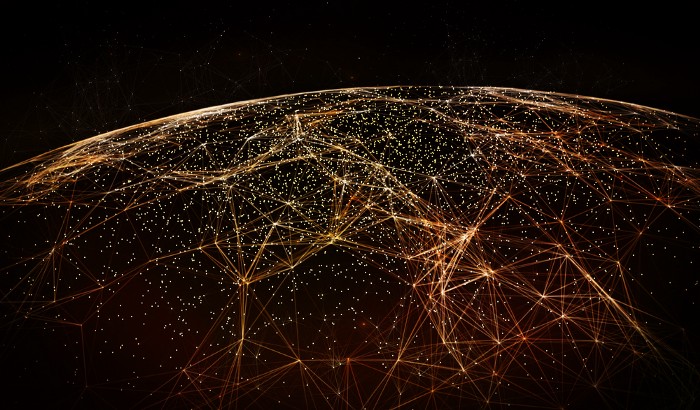 Value Internet stems from the foundation of blockchain and cryptoeconomics. As described by Vitalik[4], cryptoeconomics refers to the combinations of cryptography and economic building blocks to build a secured and decentralized systems exhibiting some set of economic dis/incentives. Cryptography is used to prove properties established in the past, such as account balances, identities, and ownership. Economic incentives defined inside the system are used to encourage desired properties to hold into the future.

As a result, no matter it is the real valuable asset in daily life or the value created in the cyber world, all of these economic values can be represented digitally by programmable Tokens and recognized, validated, and confirmed on the blockchain. And these tokens are accessible, assignable, exchangeable to all, immune to censorship, and able to be relied upon in the future.

That the Tokens could flow freely across different boundaries, make the Market become Decentralized and Everywhere. Where there are tokens exchanging among different people, a Distributed Market (maybe just a one-time deal) is created. And the value of these Tokens will be evaluated by the market demand and supply.

Following the collapse of traditional market boundaries, the boundaries for a traditional Company have also been disrupted. According to the Coase theorem[5], a Company is existing because of the transaction cost. A Company will choose to pool certain kinds of resources and manage them internally to lower down the external transaction cost, which also buildup the boundaries for each company. And that’s why we see hundreds of millions of companies (large or small) thriving in the market. As a very critical side-effect of these boundaries, each company has its independent business goals and isolated data system, which makes the transaction cost among different companies even higher, and also restrains the scope of collaboration due to the lack of consensus.

However, with the consensus feature of the blockchain, and the token economics model, the collaboration cost among different DACs has significantly been decreased because all the contribution (during the value creation process and the value generated) is recorded on the shared ledgers, which could be recognized, validated, confirmed on the blockchain and represented by Token. So, a Company can choose to focus on the field that it has competitive advantages and open its boundaries to collaborate with other companies or professional contractors to jointly accomplish the value creation. 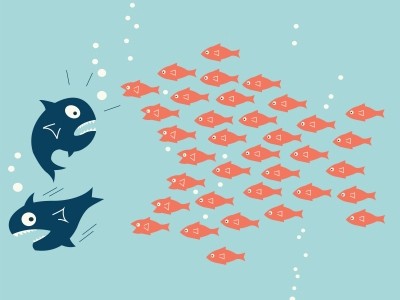 Originally, these companies (stakeholders) in an industry chain have to compete with each other to grab the most profit for themselves due to the limited resources. But now, these stakeholders find out they can collaborate in a competitive way to cultivate and share a much bigger pier. Thus, the zero-sum game has changed to a win-win scenario. Focusing on the same business goal, these stakeholders will form a consensus community with more and more collaborations going on. So, a Company has evolved into an ever-growing distributed community-DAC. And the process of collaboration in a DAC is the process of creating value. That’s why DAC will become the new platform for value creation.

If you just discuss Token without the involvement of DAC, you might not know where the value of a token comes from? How to exert the power of these tokens? And what to anticipate in the future?

DACs digest old analog value and generate new value in a programmable way, which is better than many internet platforms and may play a very vital role in many business scenarios. So, the mechanism of forming and operating a DAC should be the focus of the Token Economy.

In the next article, I will talk about the new paradigm to form a DAC with the help of the Token Economy, DAC Smart Contract, DevOps, Microservices, and Governance Protocol. Stay tuned!